Rum chowder at World Masters bay, but Forries a treat... 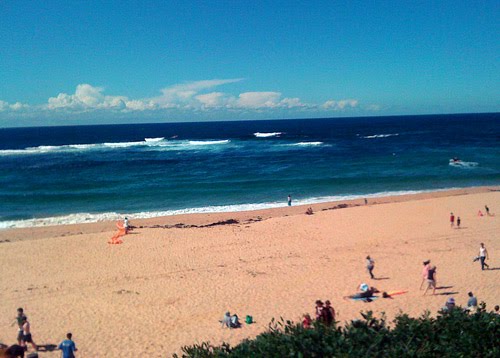 Bad news reached us from Chowder Bay, whilst on our way to Forresters Beach for the first ocean swim of the NSW season: the World Masters 3km Open Water had been called off, apparently because the water was too cold. That must have been news to the organisers, who must have been the only people with an interest in the event who didn't know that the water temp in Sydney Harbour at that time of year usually is a little Melbourne-like. We felt sorry for all you lot who paid your $220 mainly to do the open water swim. We know some who did no other event, just entered in the OW swim. Poor bugger me, Tacoma Jim. We gather others were put out like that, too. 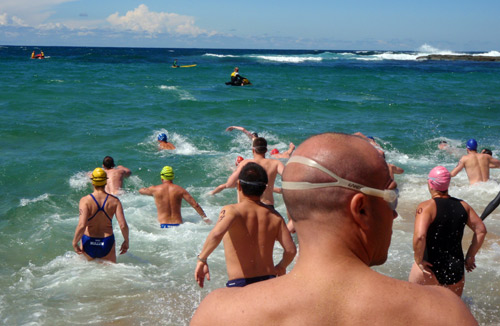 But we couldn't be fussed with that. We'd made our call long ago, after the World Masters OW near Melbourne in 2002 that was run in a muddy bath at Hazelwood Pondage. It's a power station cooling pond. Mrs Sparkle became very sick from it. But that's also the problem, perhaps, with running open water swims according to FINA rules, for we were told, as well, that the ruling followed FINA rules. That is the beauty of ocean swimming, of course: that we aren't bound by silly rules like that that take no account of the mood of the peloton or give mugs themselves the opportunity to voice their view of make a choice of their own. Most punters, we'd wager, would have swum anyway, as many did informally. At least give the officials on the ground the latitude to make their own decisions. 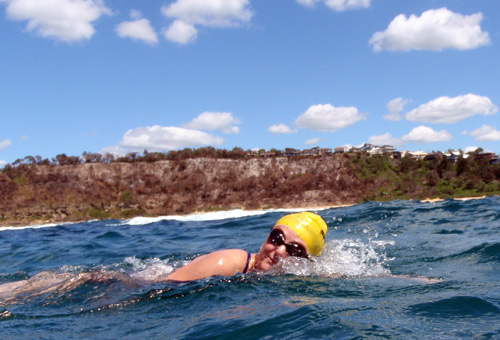 Meanwhile, we had a lovely day at Forresters Beach. Conditions were a little blustery, with a swell running and sets making it interesting over the reefs at the right, left and in the middle of the course. The water was clear, though, and filled with those translucent jelly blubbers that make you feel as if you're swimming through blancmange. They don't sting, however. They just make the swim surreal. Water temp was 18-19C, probably closer to 19. Altogether, it really was a lovely and an interesting swim. 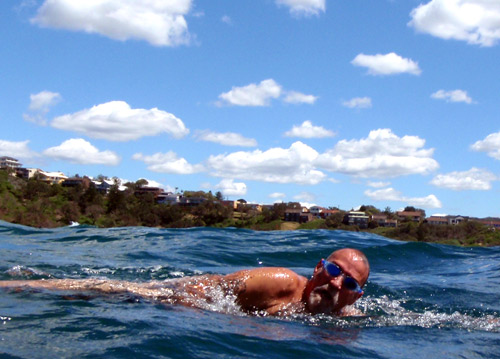 There was a big crowd there, too. Probably three times the size of last year. When we arrived, 45 minutes before swim start, the car park was almost full. There was a queue for entries, which we've never seen there before. 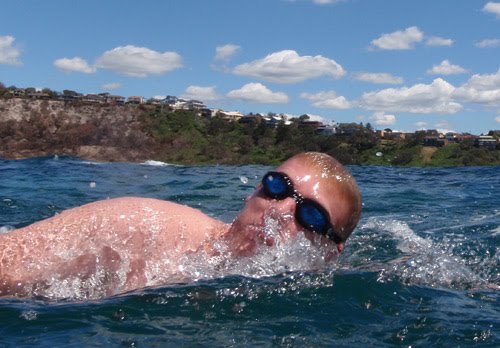 The boys (see them above). Indeed, the boys with the buoys. One observation that might be made is that the Forries guys need to get themselves some decent marker booeys for this swim. It heads around the reef, and it's easy to get lost in several breaks and bomboras on the way. We saw only two booeys on the way around, one of them after we'd passed it. Of course, we went back and rounded it properly.Only one was easy to see, and you can see why...
We had five of our booeys in a car boot in the car park. They would have been welcome to them had they asked. 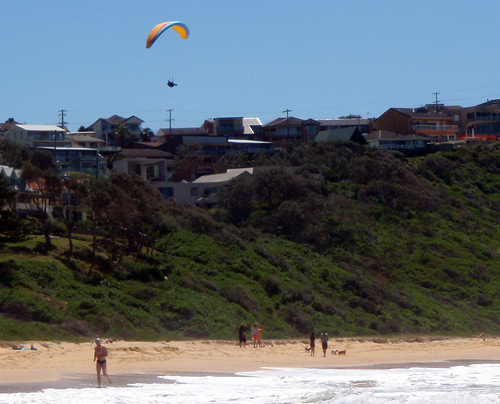 The great thing about this swim is that it's informal, relaxed and friendly. It's easy to be like that with a small swim, of course. And that, too, is another reason why it is so nice.

Forresters is run at this time each year, so keep your eye out for next year's date, and get yourselves up there, or down there, or from wherever. It well be worth it, if not for the sake of this swim, but for the sake of your own piece of mind... as Eric Burdon would have said. 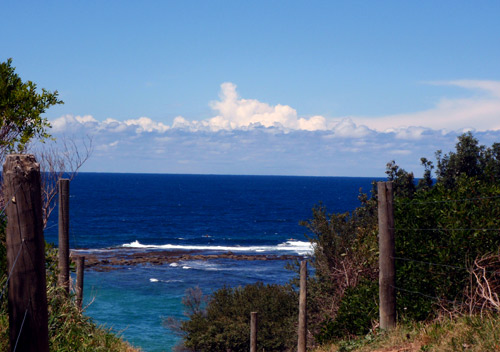