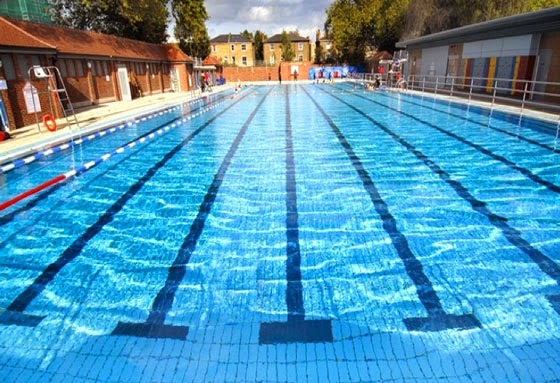 On one of his few trips to the local pool, our Uncle Mick was struck by all the rules - "No running, No jumping, No bombing, No spitting", etc. "Goodness me," said Uncle Mick. "Are you allowed to swim?"

You were, and you are, but we've noticed a marked tightening in the rules in recent years, and much tighter restrictions placed on punters as they attempt to schlepp their laps.

Some pools, for example, ban hand paddles in public lanes. Many pools have placed inhibitors on starting blocks to prevent punters diving from the blocks. You wish they'd pay as much attention to the slack lane ropes, eh! Or get their poolies to watch and manage lane use.

It's all or the sake of risk management, and a trend on the part of public authorities to do all they can not simply to minimise risk, but to avoid risk as completely as possible.

Now comes word from the NSW North Coast, where a cobber tells us he's on his second warning of being banned from his local pool for "diving in at the deep end".

"I'm sure, given time, these same people will have ocean swims starting and finishing beyond the break and possbly with separate lanes and ???," exclaims our cobber.

Reasonable point. We take a risk just leaving home to go to the pool. Avoidance of all risk is impossible. Surely the goal must be the management of reasonable risk, which means accepting some risk but being reasonable about what's expected of behaviour at a public swimming  pool. We'd have thought that diving in at the deep end would fall into that category. Diving in at the shallow end may be different, depending on the depth of the pool.

Our cobber tells us he's even offered to cover himself with insurance, but to no avail. We can understand the pool managers not biting on that one, given the need for consistent management.

What other rules are out there that seem a tad over the top? Or give us an earful for being unreasonable ourselves. Click the Comment button below...
Posted by os.c at 2:42 PM