Swell day, mozaic of currents from Bondi to Bronte...

Almost perfect day to swim from Bondi to Bronte... a bit of swell at the start, easy but lively water, a brisk current running off Mackenzies Point, whisking us into Bronte, a very high tide to provide a cushion under those swells at the finish, the Bronte Express running apace, making the negotiation between the currents and the reef a mind game -- we've never seen so little sand at Bronte: there was reef all the way across the beach from the official reef at the southern end. And the famous Bronte shorebreak crashing onto the sand.

All of which made the funnel into the beach from out the back a narrow one, indeed. Stimulating from start to finish.

Around Mackenzies Point, a bloke mug chases a laydee.

Bronte is one of the most dangerous beaches in Sydney, particularly so when you're coming in from behind a break that you haven't seen. Even on days of small swell, this is beach is a maze of currents and shifting sandbanks. When the swell gets up, as it did on swim day -- cushioned by a 1.9 metre tide - it can be a nightmare. It often looked benign as the peloton threaded through the currents and amongst the reefs to shore. But every now and again, a set came through. And, if you were out there amongst it, you got a better feel for how big they were and how much power they carried. There could have been a disaster at Bronte, but the Bronte water safety people were very attentive and professional at watching the mob, picking the ones who needed help, and shepherding the crowd onto the beach. They did a very good job. 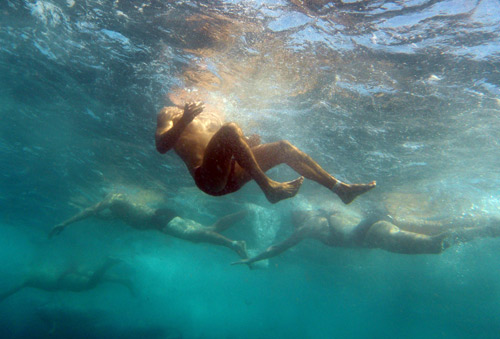 A lovely, lovely day. But a crowded imbroglio on the promenade at the finish. There's little enough space up there on the best of days without all those commercial interests thrusting themselves into your face.

Excellent gear management, again. They do a good job, here, too of collecting your gear at Bondi, loading them into a truck and the Waverley Council happy bus, and unloading them in Bronte Park in neat lines, allowing the arrivistes to mooch along, between the lines, across and aback the park, picking out which bags you'd like, preferably your own. 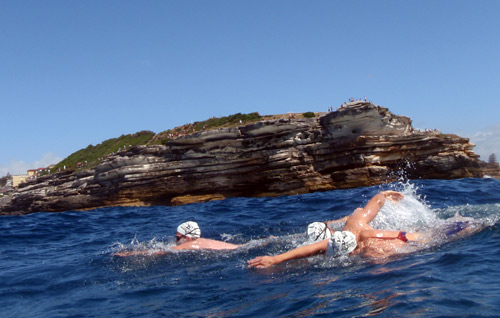 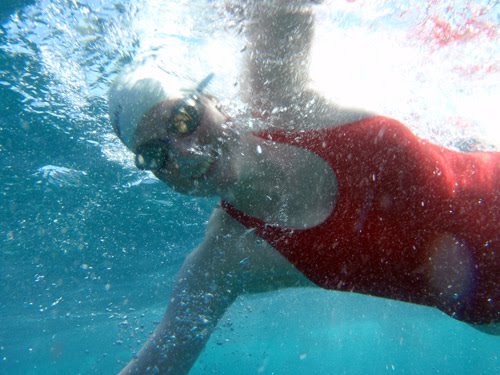 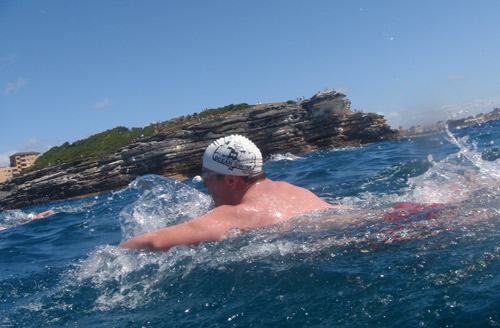 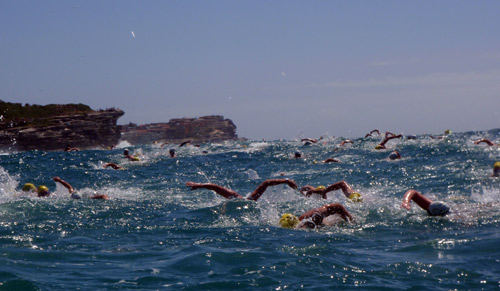