And a weekend of season classics... 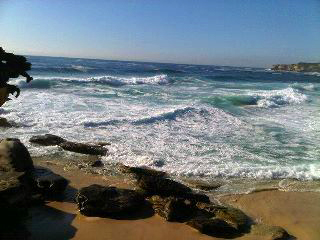 After the weekend of big swims, it was the weekend of season classics and jetty and pier classics... The Cole Classic, which likes to bill itself as "Australia's largest ocean swim", the Brighton Jetty Classic, Sou Stra'a's biggest swim, the Dromana Pier Swim in Victoria, and the Busselton Jetty Swim, which we're told pulled 1,400 mugs in the sou-west of Wesson Stra'a. We'll have reports on three of the four, at least.

Interesting and curious figures from the Cole @ Manly: numbers at this year's Cole Classic were way down on last year: 3,818 over three events, from 4,232 over two events in 2011. Numbers confirm the vacuity of Fairfax Meeja's claim that the Cole is "Australia's largest ocean swim". Lorne's Pier to Pub always -- since Fairfax has been making the claim -- has been the largest, and over one event, not multiple events. One would think a meeja group as sanctimonious and as moralising as Fairfax would be concerned about accuracy.

Whilst we were at Manly, where the Cole organisers shifted the starts and finishes of both swims around the Shelly Beach, this was what Tamarama looked like, on Sydney's south side (thanks to Ralph McLeay for the pic)...

Lots of controversy over the Cole in Sydney, as usual, and particularly, but which swims did you do and what did you think of them?
Posted by os.c at 6:38 PM